At the time of Tahbilk’s very early beginnings in 1860, one of Tahbilk’s founding fathers, John Pinney Bear placed an advertisement in leading newspapers across Australia asking for ‘One million strong vine cuttings’.
His advertisement was reasonably successful with Tahbilk receiving around 600,000 cuttings and by the end of 1860, 26 hectares of vines were planted. This historic advert was the inspiration for this range of wines which have been crafted from grapes sourced from Central Victorian vineyards owned by Tahbilk.
Made from 100% Shiraz grapes, this wine has aromas of earth, spice, coffee and blackcurrants which are evident on the savoury palate. The flavours are rich and warm with an abundance of dark berry and plum fruits, with a hint of black pepper.. Perfect with barbequed steaks, venison, roast beef or hearty stews. 14.0% abv.
Awarded 92/100 by Johan Axlund (Wine Axland), Tahbilk is also rated a 5 Star Winery but Aussie wine writer & legend, James Halliday! Don't miss out on this stunning Victorian Shiraz at this great price! 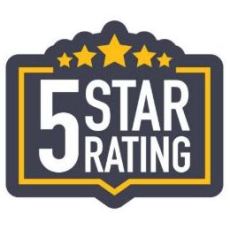