Brewed by Green King, which was founded in 1799 by 19 year-old, Benjamin Greene, their world famous Abbot Ale is an English classic!
In Bury St. Edmunds - the home of Abbot Ale - brewing can be traced back 1,000 years. In fact, the Domesday Book records “cerevisiari” or ‘ale brewers’ who served the Abbot in the town’s Great Abbey.
It takes seven days to craft the perfect pint of Abbot Ale. Brewed for longer, the ale has masses of fruit character, malty richness and a superb hop balance. An award-winning beer, Abbot Ale was recently recognised with a prestigious 2014 Monde Gold Award.
Deliciously warming, malty and fruity. The pale and amber malts contribute a Horlicks and biscuity maltiness. The Challenger and First Gold hops give a base note of herbal hop and Fuggles as a late hop contributes the main fragrant fruity and floral and spicy notes. 5.0% abv. Best before 30/11/20.
Available for same/next day delivery in North, Central & West Auckland. 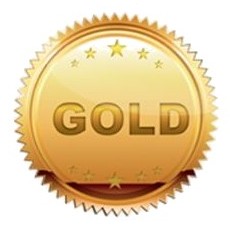