SMALL BITE BUT PACKED WITH FLAVOUR!

If we told you that Good George was the best thing to come out of Hamilton, you’d probably think for a minute then make a joke about how they don’t have much competition. That’s okay, they can handle it, they don’t take life too seriously. They're darn serious about brewing though.
Good George came to life after a bunch of friends got together and decided, after years in hospitality and brewing, it was time to create their own craft beer brand.
We named this guy Small Wonder because he breaks all the rules around what a low alcohol beer should taste like. Don't judge a book by it’s cover, and never judge a beer by it’s number. With Motueka, Nelson Sauvin and Galaxy hops, this pale ale packs some big flavours, with a small bite. Enjoy!
All the brewing magic at Good George happens in the Dining Hall in Frankton. Once life returns to normal, head on a pilgrimage to the old St George's Church, and join a beer tour to see how it's made. It aint rocket science... but pretty damn close.
At 2.5% abv, this is amazing value for a fantastic NZ craft beer. 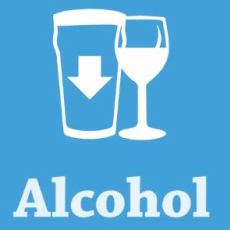