Dated stock clearance deal on Great Britain's #1 Premium Ale! Best before 30/11/20, hence the super sharp price, but will continue to drink well for a few months yet.
Old Speckled Hen is hugely popular with ale drinkers up and down the UK and is renowned for its unique character and consistent quality.
The great British ale was first brewed to commemorate the 50th anniversary of the MG car factory in Abingdon, Oxfordshire. It was even named after the factory’s old run around car which was often parked outside the paint shop. Spattered in paint, the car became known as the “Owld Speckl’d Un”. The eagle-eyed might even see the resemblance between MG’s logo and the Old Speckled Hen label!
More than 35 years on, the great premium ale continues to be a finely balanced beer with a distinctive rich, malty taste and fruity aroma. The secret to its success? Crystal and pale malts first and foremost, plus our Master Brewer’s blend of Challenger, Pilgrim, First Gold and Goldings hops.
Especially fine with full-flavoured meats, roasts, sausages and pies. 5.0% abv. 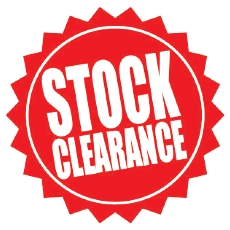